← more from
Ribbon Music
Get fresh music recommendations delivered to your inbox every Friday.
We've updated our Terms of Use. You can review the changes here. 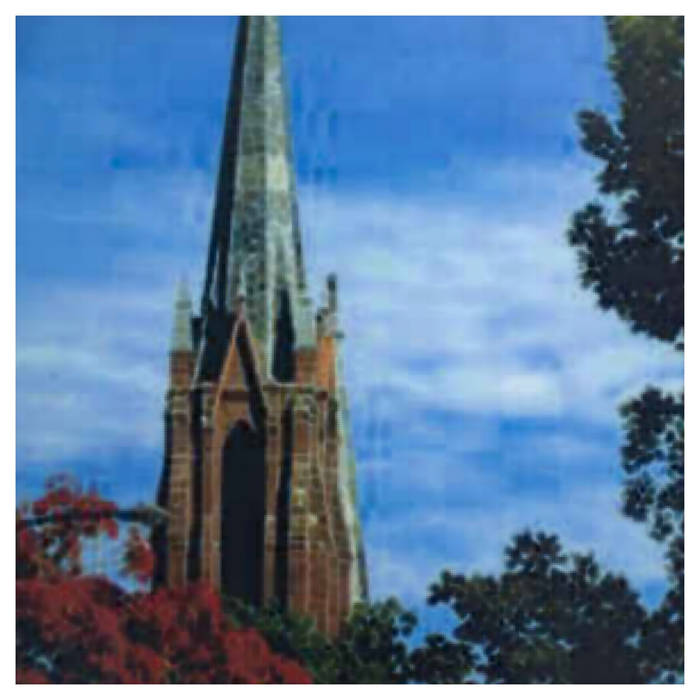 Austriahans Many of the songs are mysteriously dark and ominous, just the way I like 'em! "Mind the Droves" and "1987" are particularly unnerving. Brilliant album! Favorite track: Mind The Droves.

Addendum is the sixth full-length album by contrapuntal, synth-pop visionary and hysterical body John Maus. Incubated alongside the tracks that solidified into last year’s Screen Memories album, Addendum presents Maus in a more spontaneous mood. Whilst Screen Memories joined the chorus of trumpets sounding Revelation, Addendum finds Maus considering what comes after the end. It’s a document of an artist using broad brushstrokes, emboldened by irreverence, freed from the script and staring absurdity in the face. These twelve songs showcase John Maus as a musician who experiments with his creative instincts, who wants to surprise himself in the act of making anew. With Addendum he sounds untamed, off the cuff and closer to the pulse.
Originally conceived as a bonus album to accompany April 2018’s career-retrospective boxset of albums to date, Addendum once sequenced and subsequently mastered, stood up, spoke up and demanded a release in its own right. As a result, some of the unexpected glee and lightness of touch that comes with accidental invention courses through this album. “Outer Space” overspills with chiming fluorescence and punchy drum machine programming. “Dumpster Baby” bewitches with its swaggering brevity and venturesome bassline. John’s vocal has rarely sounded so melodious and unburdened as it does on “Episode,” its dulcet tone allowing the key refrain to dash away like a shooting star across a night sky of echoed beats and wheeling, frosty synth lines.
The hurtling, thrill-ride of “Running Man” and the decidedly downbeat “Mind The Droves” channel a darker undercurrent present in Addendum too, one of isolation, paranoia and persecution. “Happy alone, no one can know me, or think that they know what I’m all about” repeats Maus across the restless drum pattern and guitar ambience of “Privacy.” Addendum’s somewhat nightmarish world of burning fire, AK-47s and plutonium newborns is always neatly juxtaposed by the buoyant nature of the instrumentation and lyrical wit. This makes the songs all the more unnerving and, at times, droll whilst hinting at a grander conversation at play. Cultivated from manic interludes, a rampant grasp of tonality and Maus’ emblematic beams of enveloping, celestial synth, Addendum sprouts forth like his very own Garden of Earthly Delights. Closer inspection shows this dubious paradise populated by “Mr Money Bags”, “Whitman, Price, Haddad”, all those who “rain on innocence”, fools, princes and most resolutely the aforementioned “Dumpster Baby”. When you start to feel like you’ve got a handle on this deranged other-world, Maus is at hand to affirm that “it’s weirder than that”.
Addendum concludes with two 8-track originated songs from Maus dating back to 2003. These tracks finally fulfill their fate as the turning point and final word on Addendum, they remind us that as time is passing (“I’m getting older” sings John, 15 years ago on “1987”), we move only “always forward” because our “forever is now” (“I Want To Live”). So much more than a collection of un-homed songs and outtakes, Addendum proves how weird it can get when you look to the future with each rally of the second hand. An album as an afterthought, an afterthought as album.

Bandcamp Daily  your guide to the world of Bandcamp

Frayle's Gwyn Strang and Sean Bilovecky join the show to talk about their cathartic new album.